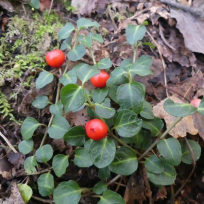 There is a time for everything, including a time for removing invasive plants. Spring and early summer are good times to remove invasives like Japanese stiltgrass and garlic mustard, before they produce seeds and die back for the year. Late fall and early winter can be convenient times of the year to remove evergreen vines like English Ivy and Wintercreeper. These vines are easily visible when other plants near them drop leaves or die back. Native plants like American holly and Christmas fern are better alternatives for evergreen foliage through the winter.

Invasive plants are not just nonnative; they are invasive because they spread out of control and disrupt ecosystems. The adaptations that allow them to spread also make them difficult to remove. They produce many seeds that persist in the soil for years, or if cut down they regrow from roots left in the ground.

The following are tips for removing English ivy and wintercreeper. 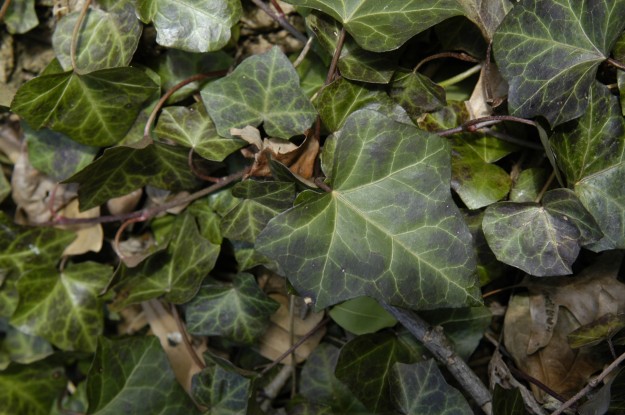 English ivy is an invasive vine. It grows over the ground and climbs trees. The ivy weakens and kills trees by blocking tree leaves from sunlight and by harboring bacteria. Weakened trees can fall in storms from the weight of the ivy. Ivy also provides damp breeding grounds for mosquitos and dense groundcover for rodents.

Periwinkle and Japanese honeysuckle are semi-evergreen invasive vines that are similar in appearance to wintercreeper and may also be removed through pulling or repeated cutting.

Here are some native plants that retain color in the winter.

American holly has broad evergreen leaves, and the female trees bear red berries in winter. The trees are deer resistant and are a source of winter food for birds.

Winterberry is a deciduous native holly. While it sheds leaves in the fall, it retains red berries on its branches through the winter. The bright berries on bare branches provide visual interest and food for birds. Both American Holly and Winterberry Holly have male and female shrubs. Only female shrubs will produce berries, but a male shrub nearby is necessary for pollination.

Christmas fern is a native, evergreen fern that can be planted as groundcover in shady areas. Its pinnae, or little leaflike segments, are shaped like holiday stockings with a long toes and small heels. 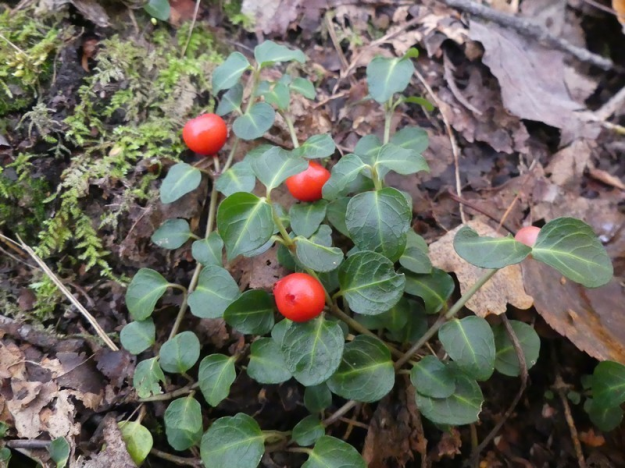 Partridgeberry forms a delicate groundcover under trees. It provides winter color with evergreen leaves and red berries. White flowers bloom in summer.
————————-
Have you removed invasive plants or planted native plants in your yard? Record your green actions on the Watch the Green Grow map at www.fairfaxcounty.gov/parks/nature-history/watch-green-grow.