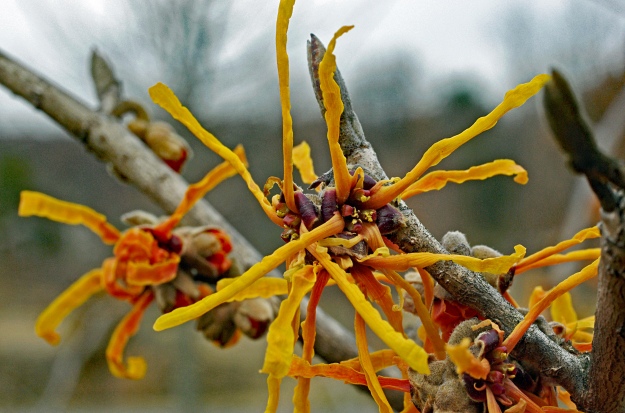 The study (Zsok, Haucke, DeWest, and Barelds, 2019) shows that you can feel love at first sight if the people are beautiful and your experience is a “strong pull or attraction.” So, you ask, “What does this have to do with witch hazels?”

I’ve been a Green Spring Extension Master Gardener for a few years and have watched witch hazels grow at Green Springs Gardens in all seasons. They bring color by blooming in the winter garden and serve as a placeholder in the summer. 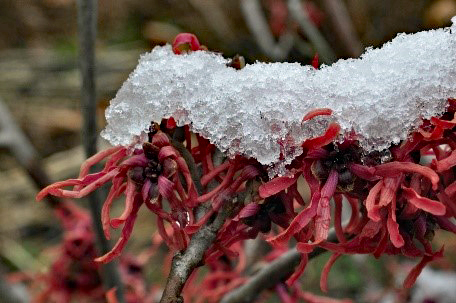 An early morning January passage into Green Spring along Witch Hazel Drive after a steady snowfall is a winter wonderland. Bushes and trees and witch hazel flowers on each side of the road, covered in snow that’s flecked with color. They enchant with mustard yellow, golden shades that sparkle in sunshine. There’s love at first sight and a strong pull from the beautiful witch hazel named ‘Frederic’ (Hamamelis x intermedia ‘Frederic’) —one of more than 150 witch hazels that line and ornament the road.

Witch hazels, introduced to the west in 1879 by botanist Charles Maries at the Veitch Nurseries, one of Europe’s largest nurseries, are easy-to-grow deciduous shrubs or small trees. They are maintenance-free and resistant to pests, disease and deer. Most varieties reach 10-20 feet high and wide, and they can be pruned after blooming to keep them small. Witch hazels are one of the few trees that can bear fruit, leaves and flowers simultaneously. They thrive in woodland areas in soils that are moist, well-drained and lightly acid. They like rich organic matter and grow in full sun. 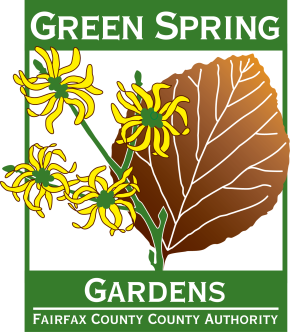 Green Spring is home to a national witch hazel collection. In 2006, the collection was recognized by the North American Plant Collections Consortium (NAPCC). The NAPCC encourages public gardens to adopt collections of specific genera, maintain them, and make them available to the public, researchers and other public gardens. The NAPCC has strict requirements for collection eligibility that includes the number and variety of species in each collection. The purpose of this national effort is to establish collections for conservation, education and research. Green Spring’s collection has more than 200 witch hazels in 110 taxa, including native, Asian and hybrid species. The logo for Green Spring is a stylized illustration of the witch hazel flower and leaf.

Some people have believed that witch hazel leaves and bark made into a tea could heighten occult powers. Others have used it for medicinal reasons, although there’s insufficient evidence that it works in many of those situations. History research reveals Mohicans showing English settlers how to use Y-shaped witch hazel sticks for dowsing, an ancient method for locating underground water.

Witch hazel shrubs are worth exploring at Green Spring and in your own garden. Maybe you’ll fall in love at first sight.

Author Gioia Caiola Forman is a Green Spring Extension Master Gardener and a board member of the Friends of Green Spring.

While some Park Authority employees are dedicated to a single site, the Resource Management Division’s cultural resources staff can turn up just about anywhere. These folks are dedicated to preserving the past and provide help and support in a variety of ways to parks and properties throughout the county. 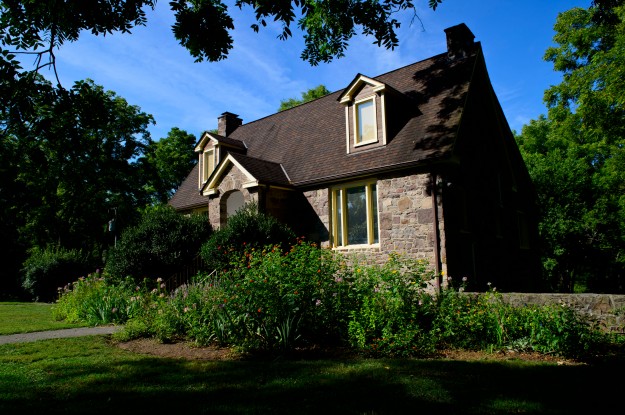 For example, archaeologists conduct investigations before park development or other ground-disturbing activities to make sure resources are not harmed. The archaeologists have been at Ellanor C. Lawrence Park three times in recent months. First, they excavated to clear an area for storm water management near the Walney Visitor Center. Next, they cleared the alignment of a future drainage line at Middlegate. Most recently, the archaeologists conducted a Phase I identification survey at the future location of the Sully Woodlands Stewardship Education Center. That’s a survey through research and fieldwork to determine whether there are resources and where they are. The archaeologists identified one new archaeological site but determined that the small number of artifacts found were likely redeposited from up slope. So, they gave the go-ahead for development. 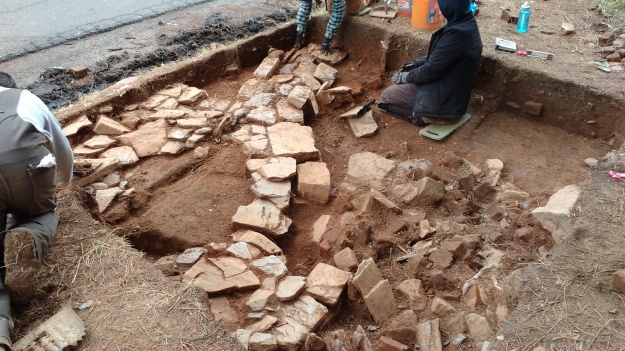 Archaeology’s main work is at Old Colchester, where excavations continue to reveal aspects of the colonial port town. Currently, there’s a mystery to solve. Walls should meet at 90 degrees, but a pair at Colchester do not. Archaeologists plan to open more area to see if they can figure out why one wall is at an awkward angle. 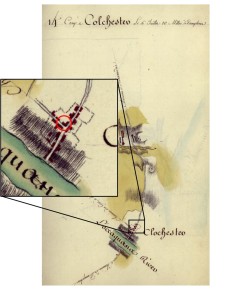 They do know the structure dates to the late 18th century and is most likely part of what is depicted on Rochambeau’s 1782 map. Jean Baptiste Donatien de Vimeur, comte de Rochambeau, was commander in chief of the French expeditionary army during the American Revolution.

You know you should keep an inventory of valuables in your house, and the Collections folks are invaluable at keeping that inventory for the Park Authority. The Collections Management Office conducts full inventories of the accessioned collections items at each site every three years on a rotating basis. Accessioning is the formal process of documentation for new items added to the agency’s collections. Sully Historic Site was inventoried last year and Colvin Run Mill the year before. Frying Pan Farm Park is being inventoried this year during the park’s slower winter months. Site staff help with the inventories. The inventories confirm the location of items and document their current condition with notes and photographs. All of this information is entered into the Collections Management database, Re:discovery. This keeps the Park Authority’s information up-to-date and searchable, which allows for better access to the collections.

Collections also asks sites to allow it to see any potential media posts about items from the Permanent Collection so staff can review them for accuracy and copyright concerns before publication. The Park Authority has many objects on loan from other institutions with stipulations about their use, proper attribution or photography. For example, the Collections Office worked with Sully Historic Site on its social media posts about collections items for the historic site’s #tuesdaytakeover in December.

Staff members with an eye on the past are working on the Resident Curator Program, too. Under this program, underused historic properties are being given new life by curators who restore the properties in exchange for rent-free living. Staff recently concluded excavations at the 18th-century Ash Grove house. They also provided historic photos of the renovation of Lahey Lost Valley from the 1940s that focused on the house windows to assist in repair efforts following vandalism. 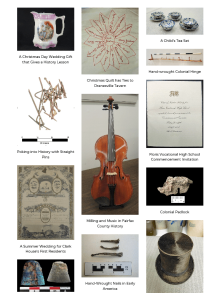 In addition, Archaeology and Collections folks work with the Public Information Office each month to share an item from the Park Authority’s collections with the public through the artiFACTS web page.

You can follow the work of the County Archaeological Research Team on the C.A.R.T. Archaeology blog. 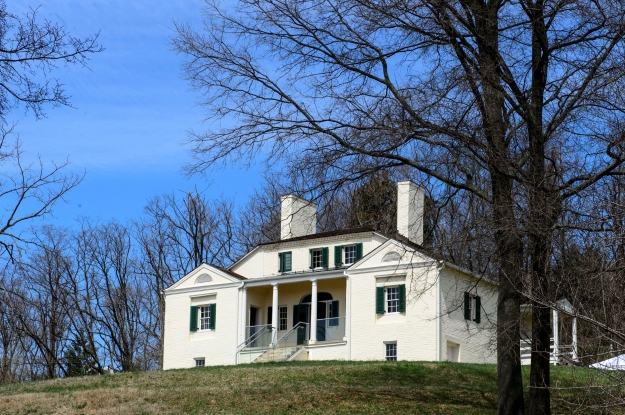 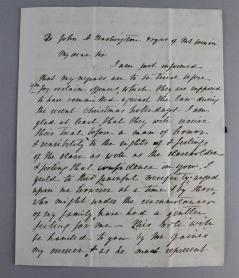 In January 2018, The Friends of Historic Huntley (FOHH) purchased a letter written in 1845 by Betsey Mason, Thomson F. Mason’s widow and former owner of, what is now, Historic Huntley in Alexandria, Virginia. The Curator of Collections at Gunston Hall, Samantha Dorsey, had emailed FOHH President Todi Carnes to tell her that a Betsey Mason letter was to be sold at auction in two days. Three hours later, Carnes emailed the FOHH board with a link to the letter asking if the Friends should attempt to acquire it. The suggested starting value was $600. By the end of the day, a majority consensus was established, and there was no question that FOHH should preserve this important piece of Huntley history. Several Huntley representatives immediately went to the auction house, The Potomack 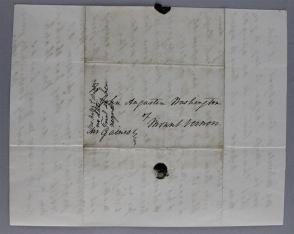 Company in Old Town, to verify the letter’s condition. They found it in perfect condition on high quality paper complete with remnants of black sealing wax (indicating mourning).

The auction was the following day. I was among three Huntley representatives, none of whom had been to an auction, who watched, listened and learned for three hours. When the letter’s lot number was up, the auctioneer reported that off-site bidding was up to $1,200. Did he hear $1,300 from the floor? I was so surprised by the amount that I failed to put up the paddle. I had to be nudged into action, and that is how the Friends of Historic Huntley became the owners of this significant and coveted letter.

Why so eager to preserve this letter? The subject matter is slavery, which is of vital importance to telling the story of the people of Historic Huntley.

Here is the letter in part:

To John A. Washington Esqr of Mount Vernon

I am just informed that my negroes are to be tried before you for certain offences, which they are supposed to have committed against the law during the recent Christmas holidays. I am glad at least that they will receive their trial before a man of honor & sensibility to the rights of & feelings of the slave as well as the slaveholder & feeling that confidence in you, yield to this painful necessity, urged upon me however at a time by those who might under the circumstances of my family, have had a gentler feeling for me….

The letter’s purpose appears to be to influence the magistrate with flattery and to appeal for sympathy. Fairfax County Park Authority Historian Cheryl Repetti reached out to the Mount Vernon Estate while she was researching the letter’s contents, and a fortunate piecing together of historic documents resulted. Mount Vernon Special Collections Librarian Katherine Hoarn found a record of sentencing in John A. Washington’s journal. The accused are listed by name — Davy, Daniel Humphreys, Harry Ellis, Little Daniel and Sandy – and were charged with trespassing (probably to see family during the holidays). The outcome of the trial is a difficult reminder of the reality of slavery. Davy and Harry Ellis endured 15 lashes and Little Daniel 25. 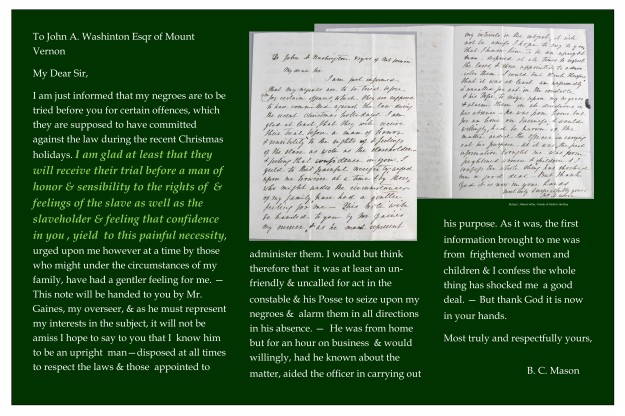 The letter went on display for a year, beginning in September 2018, at Mount Vernon’s Lives Bound Together exhibit, continuing the shared benefits of neighbors collaborating. The letter will be returned to the Friends of Historic Huntley after the exhibit.

Photos of the letter are used courtesy of Friends of Historic Huntley.

See the exhibit and enjoy tours of both historic properties on the “Mount Vernon & Huntley, Lives Bound Together Tour” on Thursday, February 28, 2019.