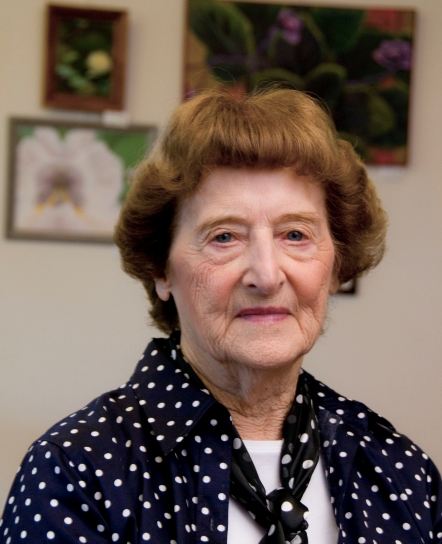 Former Fairfax County Park Authority Board member Dorothy Norpel is being remembered for her decades of public service and strong commitment to the protection and preservation of the county’s natural and cultural resources. She died on July 17, just three weeks shy of her 99th birthday.

Ms. Norpel served as a member of the Fairfax County Park Authority (FCPA) Board from 1980 to 1988 and played important roles in the formation of two of the Park Authority’s Friends Groups. Mason District Supervisor Penelope Gross says, “Dorothy’s long service, as a Park Authority member and a committed citizen volunteer, was exemplary, and our community is the better for it.”

Gross notes that Ms. Norpel helped establish the Friends of Mason District Park and the annual Fall Family Festival that was held for more than 30 years. She describes Ms. Norpel as “a force” behind the building of the Newton Edwards Amphitheatre and free summer concert series and credits her with helping to save what is now the public Pinecrest Golf Course when development threatened its loss. Perhaps Ms. Norpel’s greatest legacy, according to Supervisor Gross, is Green Spring Gardens. “She was a founding member of the Friends of Green Spring (FROGS) and had a special love and devotion for its programs, whether teas at the Historic House, the curated art shows, or the Gardener’s Holiday at Christmastime. Dorothy had a keen sense of history and preservation, along with art and gardening, and she knew how to get to ‘yes,’ even though it might take more than a little diligent persuasion.”

Green Spring Gardens historian Debbie Waugh calls Ms. Norpel “one of Green Spring’s greatest activists and advocates.” Ms. Norpel was recognized in 2017 as the first Director Emeritus of FROGS in appreciation for 25 years of dedication and service to the park. 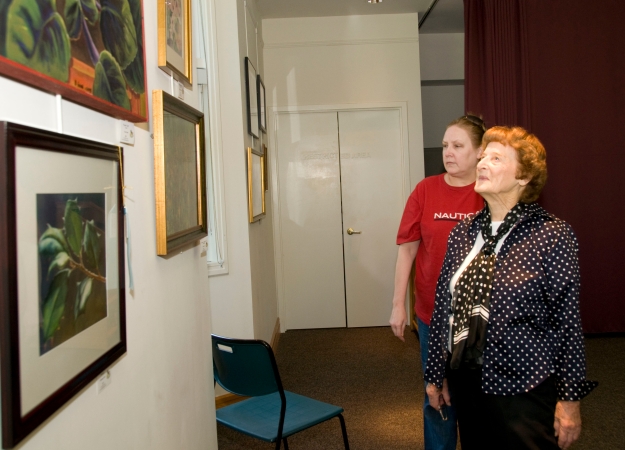 As the volunteer Exhibit Coordinator, Ms. Norpel started “The Art in the Garden” program when Green Spring first became a park. The program now offers two exhibit areas, in the Horticultural Center and at the Historic House, for displays of artwork and photography based on horticultural, natural or local historical themes. In 1991, Ms. Norpel was honored with an Elly Doyle Award for her work on the arts program.

Ms. Norpel is also remembered at Green Spring for her historic preservation work. A plaque in her honor hangs inside the Dorothy Norpel History Room at the Historic House. For more than 30 years, she lobbied to garner support and funds to restore the house and open it to the public. She also was instrumental in launching the popular afternoon tea programs at the historic house.

During a tribute to Ms. Norpel in 2004, Park Authority Director Jim Herlein described her representation of citizens interests as “keen and informed,” and he credited Ms. Norpel with helping the agency provide a national award-winning park system. He noted, “it was exciting to have a person appointed to the Board that has a sincere interest in the Park Authority and a background and knowledge in preservation and conservation of park land and facilities.”

As part of that same tribute, FCPA Board Chairman Bo White remembered Ms. Norpel’s efforts on behalf of the manor house at Green Spring Gardens and spoke of how she recruited a friend and went armed with brooms, rags and wash buckets to bring the rundown property “back to respectability.” She helped to raise $300,000 in donations to pay for the necessary renovations.

Ms. Norpel leaves a legacy at Green Spring and among those who have served with her over the decades. In the words of former FROGS board member Dotty Stahl, “Holding a seat on the Friends of Green Spring board during a time when Dorothy Norpel  was a board member led me to a fascinating history lesson on Green Spring and a life-long friendship. She always came up with unique ideas to benefit the park and the Friends group. With over 25 years of stories surrounding the development and successes of this spectacular community park, Dorothy instilled her love of the park and the Historic House in me and in many others.”