“What’s in a name? That which we call a rose
By any other name would smell as sweet….”

What’s in a name? A lot. It’s how others identify and refer to us, and it’s important to get names right — people’s names and place names. 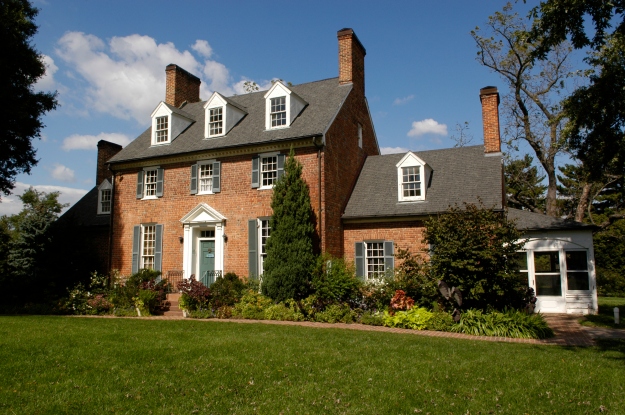 The Historic House at Green Spring Gardens and the land on which it stands have gone by many names. In their early days, both the land and the house were known by the owners’ names. In 1853, the property was advertised for sale as “the well known FARM known as Green Springs (formerly Moss’s Farm.)” This is the first known use of the Green Spring name. By 1859, the ‘s’ had been dropped, and it was listed as “The very desirable FARM known as GREEN SPRING.”

By the 1880s, the site was again referred to by its owner’s name and was identified in a 1924 auction announcement as “The Old Captain Beattie Farm.” 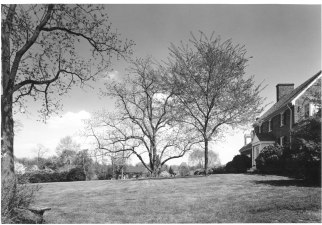 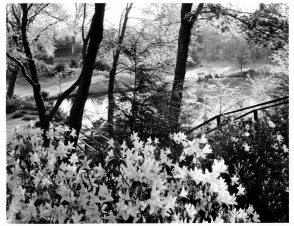 In the 1930s, the name reverted to Green Spring Farm, which stuck until 1970 when the Fairfax County Park Authority (FCPA) acquired the property from Michael and Belinda Straight. The FCPA changed the name to Green Spring Farm Park to reflect its use as a recreational resource, however staff and volunteers received incessant questions from eager callers and perplexed visitors about farm animals! 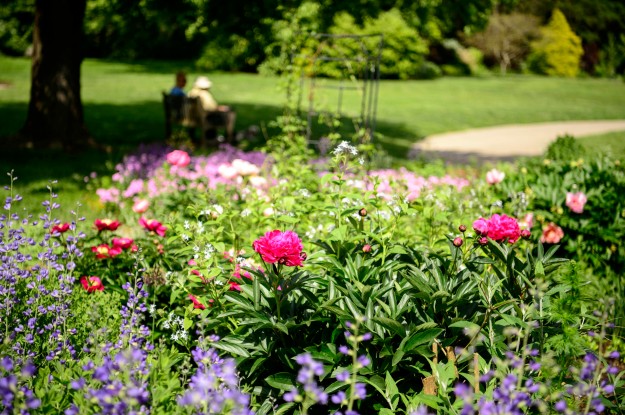 The Historic House has changed names a few times, too. It’s been known as the “Old Moss House” and the “Beattie Residence.” In early sales advertisements, it’s described as the “Brick Dwelling House,” and an 1840 survey plat of Green Spring Farm identifies it as the “Mansion House.”

Michael Straight seems to have been the first to refer to the house as a “manor” — he sometimes referred to it as Weyanoke Manor, after the neighboring subdivision — and the name “Manor House” was adopted by the Park Authority in the 1970s. In 1995, the Fairfax County History Commission questioned the accuracy of the name, which was historically a European term and hadn’t been used in Virginia since the early 18th century. However, in the interest of continuity, the FCPA kept it.

In 2003, the current nomenclature was established. As the listing of Green Spring on the Virginia Landmarks Register and the National Register of Historic Places was nearing completion, former site historian Sherrie Chapman announced a new all-embracing name for the historic portion of Green Spring, which included the house, the spring house, and the Beatrix Farrand landscape: “Historic Green Spring.” And, because the house was never, in its historic period, called the “Manor House,” it became the “Historic House.”

Sherrie understood the power of a name, that incorporating the word “historic” more clearly defines identity and accentuates the historical significance of the house and surrounding landscape to visitors. Places like Green Spring are never static, and their names often change to embody their histories, to differentiate them, and to convey their mission, relevance, and value.

So, what’s in a name? According to Juliet, not much. But names are important, and it behooves us to get them right. After all, a garden by any other name is not as sweet as Green Spring Gardens!