Scouts are invaluable to parks.

Scouts often volunteer in parks to upgrade trails, plant native trees, remove invasive plants, and take on an endless stream of other important tasks. Some even see a need and develop their own ideas to fulfill Gold Award and Eagle Scout requirements in cooperative ventures.

This story begins in May 2008, when an Eagle Scout undertook a project to create a natural screen between a ballfield at South Run and 50 new houses being built near the park. The goal was to turn a manicured lawn back into a more environmentally appropriate natural state by planting 250 native trees in it. 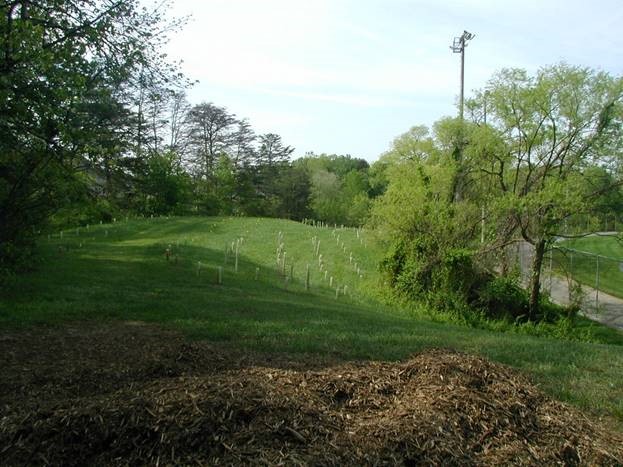 As time passed, the native tree area was overrun by invasive plants, in particular, Japanese honeysuckle that killed big trees bordering the ballfield and was about to kill the newly planted trees. Porcelain berry, multiflora rose and autumn and Russian Olive were also targeted.

Ten years later, Boy Scout John Reistrup led a May 2018 assault on those invasive plants at South Run. Reistrup’s team filled three tightly packed dumpsters with the honeysuckle they removed. His project made a big dent in the invasives but didn’t come close to eliminating the problem.

Alan Brown of Springfield, Va., and Troop 1849 in the Old Dominion District recently became another of those industrious scouts partnering with parks. He proposed a Hornaday Eagle project at the same South Run area. Hornaday Eagle is similar to a regular Eagle project, but it requires the scout to have five or six ecological merit badges and to conduct a project related to stewardship of the land that includes six months of follow-up.

Brown started by creating a GPS-based grid in order to conduct a plant survey of the area. That required the difficult task of cutting paths into dense tangles of thorns and vines. Seventeen people joined him to conduct the botanical survey. He recorded GPS coordinates for each corner in the grid and marked the spots on the ground.

Lauer used the grid to assign other scouts to the cleanup area. Brown had the scouts use different protocols for clearing the invasives and tracked which system worked best. He led a crew of more than two dozen people who cleared four areas in mid-October. Brown’s colleague Jake Hecker oversaw removals in two other areas, and Mason Melear, another of Brown’s crew, led clearing of two more. In late October, Brad Harris led a corporate group from Appian targeting another area and concentrating on the critical removal of invasive root structures. 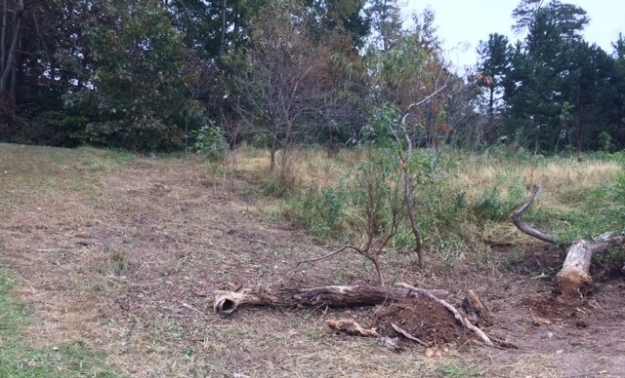 It is plain to see this fight to save trees is a tough one, and scouts are making progress saving the forests for future generations.