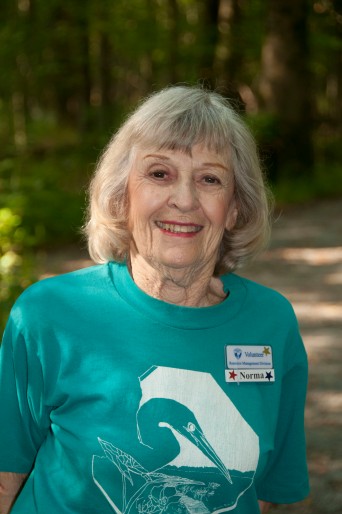 Fairfax County Park Authority volunteer Norma Hoffman passed away Sunday morning, June 11, 2017, after a long illness. She was one of the most extraordinary volunteers in the agency’s history.

Hoffman’s impact began in 1978, when a planned four-lane road would have cut through Huntley Meadows Park. Ms. Hoffman had the foresight to understand the damage the road would cause, and so she established the Citizen’s Alliance to Save Huntley and enlisted scientific and legal help. Thirty-nine years later there is no road.

The Alliance eventually grew to 600 members and succeeded in having the road plan removed from the Fairfax County Comprehensive Plan. Ms. Hoffman then co-founded the Friends of Huntley Meadows Park in 1985, instituting a model that has been used by subsequent Friends groups at other county parks. Ms. Hoffman served as the Friends president, and in that role used wetland protection laws to prevent any further potential degradation to the park. The two groups worked collaboratively to secure state grants for the stabilization of 1,000 feet of severely eroded stream banks above the park using bioengineering techniques. Her efforts eventually added more than 100 acres of wetlands to Huntley Meadows Park, repaired several failing stormwater ponds on an adjacent golf course, and established a continuous pollution monitoring system, thus protecting a vital water passageway to the Potomac River and the Chesapeake Bay. She also maintained an unrelenting pursuit on behalf of the acquisition of the mansion at Historic Huntley, which is now park property. 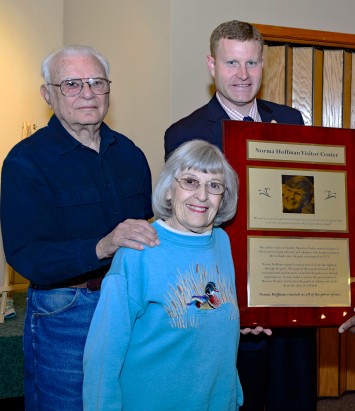 Ms. Hoffman continued as a volunteer at Huntley Meadows Park for nearly four decades. She was honored with the Park Authority’s highest volunteer service award, received the annual Distinguished Volunteer Service Award from the Virginia Recreation and Park Society, and in the week prior to her passing was named a national Outstanding Volunteer by the National Association of County Park and Recreation Officials. In 1992, the Sierra Club named her one of its 100 Environmental Heroes.

Ms. Hoffman taught thousands of children about nature and our responsibility to be environmental stewards. A Park Authority Board resolution noted that she tirelessly served community children in a 30-year crusade to imprint an appreciation for the environment through countless classes, hikes, and engaging stories. The Visitor Center at Huntley Meadows Park was named in her honor in 2013. She will be remembered, and she will be missed.