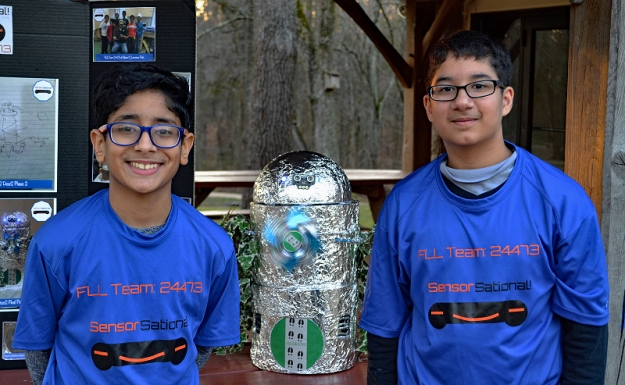 Want to chase deer away from your house plants?

There may not be an app for that, but there is a robot.

Students from a local robotics club recently took on the challenge of deer vs. plants. Naturalist Eric Malmgren of Ellanor C. Lawrence Park (ECLP) presented a program about environmental issues within ECLP to a group of youngsters from the club. They picked up on the issue of deer damage to plants and went home wondering if they could produce an answer for the problem.

“They were inspired to solve a natural resource management issue we have in their parks,” said John Shafer, ECLP’s park manager. The youngsters took the information they learned from Malmgren, expanded on it with some research, and developed a project with the aim of preventing deer from entering a select area of land. 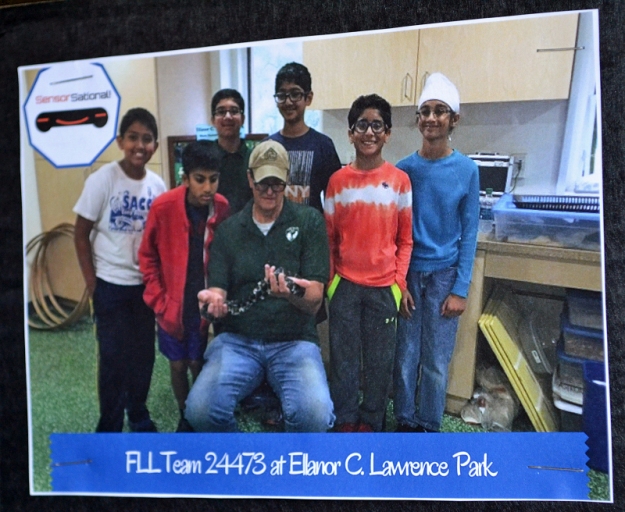 Shafer said R2Deer2, named after a character in the Star Wars movies, has “multiple tools to safely exclude deer from an area.” Club members brought the robot to ECLP to show what they had developed and to let staff know they were taking R2Deer2 to a FIRST Lego League state competition at James Madison University. They defined their effort in these words:

Have you ever had deer eating away at the plants you worked so hard to plant? Well, FLL Team SensorSational found that this is a major problem for many people. So we set out to solve this problem. 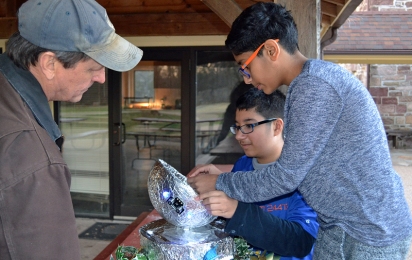 To solve this deer eating plants problem, we decided to make a robot. We found that a robot is a good choice because you can incorporate many components into one. On our robot, we included things that help detect and scare deer, such as motion sensors, LED lights, two pinwheel arms, scent misters, and solar panels for power. We are proud to present R2Deer2, the first deer preventive system that can scare deer like never before!

Think of it as waving a light saber at Deerth Vader.

The youngsters involved in the project were: