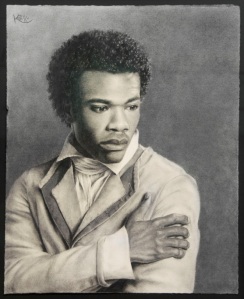 When Carter G. Woodson established Negro History Week in 1926, he wanted schools and other organizations to study black history.  Since then, this week of recognition has grown to a month. Woodson selected February because within it are the birthdays of two significant Americans associated with black history, Abraham Lincoln and Frederick Douglass.  Woodson believed that blacks should know their past to be able to intelligently participate in the affairs of our country. [1]

During an interview on 60 Minutes in 2005, actor Morgan Freeman said, “You’re going to relegate my history to a month? I don’t want a black history month. Black history is American history.”

At Sully Historic Site, we agree with Mr. Freeman. Sully’s history is not just about the Richard Bland Lee family that lived here from 1794 to 1811. It is very much the history of all the land’s occupants. Why should the history of the white owner be considered more important than that of the black slave? When you look back at the very beginnings of the land that would eventually be called Sully, there were nine slaves cultivating tobacco as far back as 1746.  Richard, born in 1761, would inherit 29 slaves upon the death of his father in 1787. Two of those slaves had been at Sully even before Richard was born, such as Eve, as she is listed on an inventory in 1746, who became Old Eave in 1787.

During February and March, our case and house exhibits and tours focus on what the lives of the slaves were like, and they ask, “Who were they?”  What work did they do in the house, the outbuildings or on the farm? What did they wear and eat? Thanks to archaeology that started in the 1980s along the South Road, the remains of three cabins were discovered and remnants of the lives lived in those cabins were found. Animal bones, china shards, redware and even an 1806 coin turned up to help us tell the story of the people that lived in those cabins.

Slaves would have cleaned up after the Lee’s dinners.

We could always talk about the slave owner and then mention that, yes, he had slaves, but that is incomplete history. It is often necessary to talk about slaves as a group instead of as individuals because, unfortunately, the same information is not available about them that is available for slave owners. But at Sully, we know their names. From letters, we can learn something about their personalities.  While not having freedom in the way they lived their lives, the slaves had children. They had families. They felt love for one another. Traditions were passed down from one generation to another through activities and stories.  Early African American foodways were passed down and many of the recipes used so many years ago continue to be used today. Religious ceremonies, parties and marriages were a large part of their community activities and were shared between the young and old. Perhaps “Old Dave” or “Prue,” considered too old to work in the fields, were the slaves who tended to the younger children and shared oral traditions and stories so the tales could then be passed down to a younger generation.  The slave community was made up of proud people who lived their lives being owned by others, but somehow, someway, managed to carve out families and personal experiences to enhance their lives.

So Sully is not Richard Bland Lee and his slaves. It is Lee and Thornton, the cook. It is Madam Juba, a laundress. And it is Ludwell, who ran away and, according to Mrs. Lee, showed the “true proof of the ingratitude of Slavery” because he was “too much indulged.”  Ludwell was returned to Sully, unable to gain his freedom as did Godfrey, another runaway slave from the site.

We tell the story of all the people, remembering their names, families and sharing whatever we know about the person so others will remember they were not just a group of slaves, but individual human beings.  There were more enslaved people living here at Sully than the numbers that comprised the Lee family, and we work very hard to acknowledge them, to remember them and to honor their legacy.

See the “African-American Past at Sully” case exhibit and house changes through March.  Take home a “Remembering Card” that has the name of a slave and something about them and their important history.

Author Tammy Higgs is a Historian at Sully Historic Site.