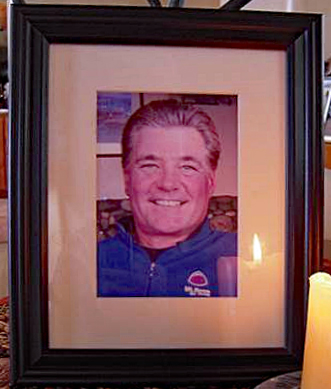 Fairfax County Park Authority colleagues are mourning the death of the Huntley Meadows Park Manager credited with turning “a diamond in the rough to a polished and much appreciated destination for birders and naturalists across the eastern seaboard.” Gary Roisum has died following a battle with cancer.

In 1978, Roisum was hired as the first manager of Huntley Meadows when he was just 27 years old. He was charged with developing facilities and programs for the 1,260 acres of undeveloped forest and wetlands, working from an office at the new Greendale Golf Course.

In the 1980s, Roisum obtained two grants to construct trails with the help of high school students in the Youth Conservation Corps (YCC) and 16-to-23-year-olds in the Young Adult Conservation Corps (YACC). The boardwalk they built rested on creosote-treated railroad ties. Roisum spoke fondly of those times, and YACC members returned to visit staff years later. 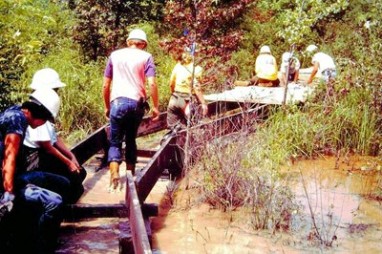 During the nearly 30 years Roisum managed the park, he oversaw construction of that original boardwalk and an updated boardwalk, observation tower, Deer Trail, Pond Trail and Cedar Trail. The park added an entrance at Lockheed Boulevard, and the Visitor Center was built. Huntley Meadows grew by an additional 165 acres, and the historic Huntley manor house, built by George Mason’s grandson, was added to the park’s management. Roisum also helped to nurture the Friends of Huntley Meadows into a powerful and effective organization with hundreds of members. Over the years he spent at the park, attendance figures grew to 200,000 visitors per year, and Huntley Meadows began hosting 550 programs annually.

Park Authority Director Kirk Kincannon remembers, “Gary was known as a park manager who was tremendously passionate about his park and nature as a whole. As I was coming up through the ranks and finally as a Park Manager, I saw first-hand how Gary worked with his team to meet workload demands and manage his facility duties extremely well. Gary was an exceptional professional who set the tone for others to follow.”

When Roisum retired in 2007, a Park Authority Board resolution in his honor noted, “Mr. Roisum has been a good steward and unbending protector of natural resources and wildlife, creating a team effort between man and nature and serving as a member of the vanguard when the park was threatened in the late 1970s by a road slated to cross its path.” 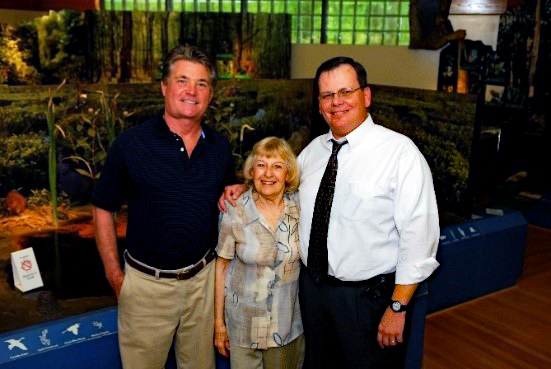 At his retirement ceremony, Lee District Supervisor Dana Kauffman credited Roisum with an “incredible record of public service” and noted that Roisum found a way to make the park enjoyable to the general public, and not just wildlife specialists. Rosium humbly said the park’s transformation would have been impossible without dedicated staff and volunteers. 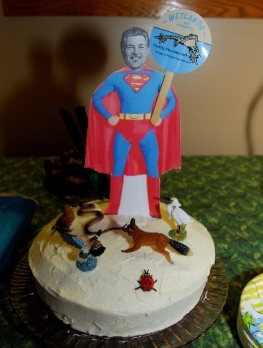 Following the retirement celebration, Roisum told a reporter for the Connection newspaper that when he was in his 20s, he dreamed of traveling out west and managing a large forest park. However, he was drawn to the job at Huntley Meadows because “it intrigued me to be able to develop a raw natural park from scratch, and I wanted to get in on the ground level to do that.” Despite the many challenges he faced along the way, he said that looking back, he would not have done anything differently.

Over the nearly three decades he spent managing the park, Roisum received countless letters of commendation from all manner of officials and government representatives, in addition to patrons and appreciative citizens. He received the Fairfax County Environmental Excellence Award in 2000 and the Managerial Excellence Award for his leadership and stewardship initiatives.

The boardwalk trail at Huntley Meadows was recognized with a Fairfax County Exceptional Design award in 1999. The next year, the park received the National Association for County Park and Recreation Official’s Environmental Award for programs to monitor water quality and invasive plants.

Carolyn Gamble, a current volunteer who retired as the park’s Assistant Manager, fondly remembers the time she spent working with Roisum. She reflects, “Over the years I have come to appreciate more and more Gary’s ability to dream big and to push for funding. When the park was just starting, he zeroed in on the impenetrable swath of scrub swamp in the center and decided that would be the central focus — and he never let go of that vision. He had high standards for himself and others, and he believed in teamwork. He certainly had a huge impact on my life as my boss for 25 years and as a friend.“

Roisum was living in Arizona at the time of his death. A bench will be dedicated in his honor at Huntley Meadows Park.